CO is a colourless, odourless gas that has approximately the same density as air and so flows freely through and into spaces. Because no appliance completely combusts its fuel, CO is produced whenever a material that contains carbon is burned. Exposure to CO limits the ability of the bloodstream to carry oxygen. Symptoms include headaches, drowsiness, nausea, vomiting, irritated eyes and collapse. Unfortunately, these symptoms can be mistaken for the effects of sea sickness, fatigue, sun exposure and alcohol.

Exposure to CO can prove fatal. Dangers can arise both from a high dose over a short period of time, or exposure to low doses over a prolonged period. Occupants of boats are at risk because of the presence of engines, generators, stoves and heaters and because of the enclosed and confined spaces found on vessels. In particular, fumes can build up in a boat’s cockpit if it is enclosed by windscreens and canopies. The ‘station wagon’ effect draws in exhaust from behind the vessel when operating at slow speeds. High risk factors in vessels are:

High risk factors associated with activity: Tying up in busy marinas for prolonged periods where other vessels or land facilities are operating engines and generators 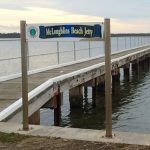